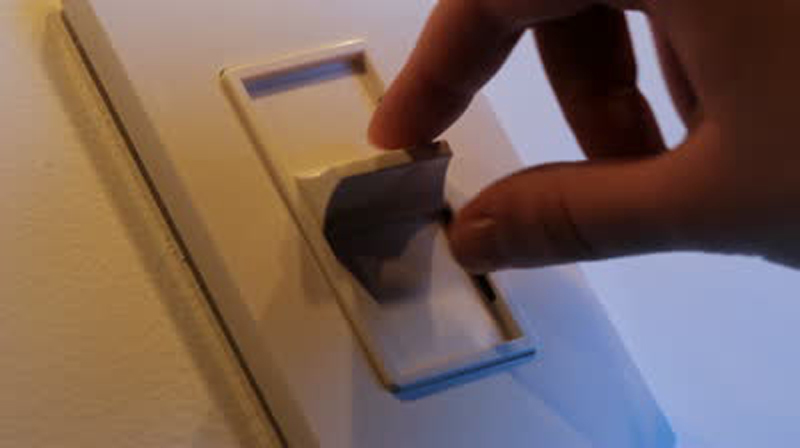 One of the tasks on my husband’s to-do list prior to moving into our new home was to install dimmer switches throughout the house. This was a relatively large project for a lovely old place like ours which was originally built with multiple gaslights in every room. At some point in the home’s history the gaslights and chandeliers were replaced with electric fixtures and wall switches. Dimmers are awesome. Being able to control the light saves electricity and allows us to create a warm ambiance depending on the chosen level of brightness. (Also, I am told that people of a certain age believe they look a lot better when the lights are low.) But that’s not all, a dimmer does double duty by obscuring flaws such as chipped paint and cracked plaster—at least in the nighttime. Sadly, the gig is up by morning when the sun shines through the windows offering congratulations on our good taste in furnishings, and nagging reminding us of our neglect by announcing the location of every needed repair.

This light (pun intended) example is not very different from the way many of us live our lives, is it? Don’t we use a dimmer of sorts in our day-to-day dealings, living in the light when we are in right relationship, living in the shadows when we are not? We are skilled in deflecting responsibility and rather than change our ways we convince ourselves that a choice we continue to make is harmless, when in fact our actions create damaging ripples we aren’t aware of. Or we tolerate ideologies that we know are wrong and immoral, but the personal sacrifice that accompanies taking a stand is what really makes us uncomfortable. Even in the face of global consequences many of us refuse to take action because we “didn’t do it.” Not my trash. Not my fault. Not my problem. We furnish our darkness with denial.

The question is, why do we choose the dark, when we know the light? Our lives can be transformed; it can happen in an instant if we are willing to allow the light in. Still the darkness beckons our return. Sad.

How about creating a to-do list that includes a new lighting plan for life? As an evangelizing people, we might ask ourselves, “If everything in my life (in my family, in our society, in this organization) was forever cast in the light of Jesus, what would it look like?” What kinds of changes would you need to make to remain in the light?

To say the story of Abraham and Isaac is difficult is a grave understatement. Abraham was a man whose longstanding personal relationship with Yahweh had developed over time through a series of tests and trials [see Genesis 12-22] and included a promise that he would father a great nation. Abraham had learned that Yahweh was trustworthy and kept promises; therefore he had no reason to doubt. But then he was asked to offer up his firstborn son to prove his worthiness. If a great nation was to come from this one man, his total commitment must be guaranteed. What better test  than to ask for what was most precious to him? Recall that in Abraham’s day human sacrifice was not uncommon. Also, recall that Abraham was prevented at the last minute from carrying out the sacrifice. He had passed the final test and became the father of the Hebrew nation.

Still, that happy ending does not change the fact the entire story line is unsettling and gruesome.  What kind of loving god would ask such a thing as a test of one’s faith? What if Abraham had objected? Maybe he did, but followed through nonetheless. We don’t know because the scripture does not tell us. Verses 3-8 which are omitted from today’s reading render an unemotional narrative of Abraham going through the motions: cutting the wood he would use, locating the place where the sacrifice would take place, arranging for there to be no witnesses, and carrying the fire and the knife that he would use to slaughter his son. Each step of the way the tension mounts, and Isaac’s innocent question about the animal they would sacrifice slowly reveals the horror of what is about to take place. The reader asks, “Is this really going to happen, is this what God wants?

Abraham’s anguish over what he thought he was being asked to do was not as important as his absolute knowledge that God is trustworthy. Surely he was confused and likely devastated by God’s request, but had personal knowledge of God’s love and faithfulness. This is the paradox of faith: the willingness to surrender what is most precious ultimately reveals the  bounty of what has been promised.

What does God expect from us? The the story is telling. At the very last minute Yahweh sends a messenger to stop Abraham, saying, “Do not lay your hand on that boy, do not do the least thing to him.” The message can be understood two ways. First, although we can’t fully understand God’s plan we need to trust that God truly has our best interests in mind. Our faith tells us this is true. Our commitment comes from our willingness to listen and  say “Yes, Lord” especially in times of extreme difficulty. Second, acts of violence are entirely in opposition to God’s plan for creation. God’s message is “Stop the violence!”  Rabbi Eitan Weiner-Kaplow of Shir Hadash Reconstructionist Synagogue explains: “In reading this story we recognize the critical lesson is that God does not want the death of human beings as a sign of faith and a sign of doing God’s will. Therefore the lesson for this time has got to be, we all have to come together to end war and stop the violence and stop the sacrifice and stop the killing.”

As an evangelizing people our witness to the Good News must reflect both of these points with a trusting commitment to God and an active commitment to peace.

ART: Section from Rembrandt’s The Angel Stopping Abraham from Sacrificing Isaac to God. 1635

If you don’t know Richard Rohr, OFM, and have not read any of his books or articles, or have heard him speak, please stop what you are doing, click this link to learn about The Center for Action and Contemplation, which he founded, and at the very least, subscribe to his daily meditation so you too can be enriched on a daily basis by his fresh contemplative expressions of radical compassion. Each brief reflection is drawn from one of Rohr’s published works. I’m not exaggerating, people. Rohr simply nails it day after day. Today’s reflection on religious maturity is particularly poignant during Lent.  I am pasting it below as a way of introduction.

“People who are in early stage religion usually love the “two steps backward” quotes in the Bible. They seem to be drawn toward anything that’s punitive, shame-based, exclusionary of “wrong” people, or anything that justifies the status quo which just happens to be keeping them on top socially, economically, and religiously. They start by thinking that’s what religion is about–maintaining order and social control. God is sort of a glorified Miss Manners. They emphasize the Almighty, All-Powerful nature of God, who is made into the Great Policeman in the sky to keep us all under control (or at least everybody else under control!). Now you see how revolutionary God’s “new idea” is that was revealed in Jesus. Suddenly we have a God that is anything but a policeman, a God who finds grace in those who break the law, and finds life and freedom among the lepers and the sinners who do not have good manners. This is now an upside down universe, and I am sad to say most Christians have yet to participate in this Divine Revolution.

Mature religious people, that is, those who develop an actual inner life of prayer and outer life of service, tend to notice and imitate the “three steps forward” quotes in the Bible. First they change their life stance–and then they can be entrusted with the Bible. For all others who will not change their life position, the Bible is mere information and ammunition. It would be better if they did not read it! Only converted people, who are in union with both the pain of the world and the love of God, are prepared to read the Bible–with the right pair of eyes and the appropriate bias–which is from the side of powerlessness and suffering instead of the side of power and control. This is foundational and essential conversion, and it is the biblical characters themselves that first reveal this pattern, which then becomes obvious as you look around the world that we live in. The Greek word ineffectively translated as “repentance” in the Bible quite literally means “to change your mind” (metanoia), which is what this season of Lent is supposed to be about. It is not about giving up candy! You can give up all the candy you want and still be trapped in the old mind. You can give up no candy at all, but still allow yourself a total “revolution of the mind” (Ephesians 4:23). That is what Lent is about.

Truth seeking involves the willingness to change lanes with the powerless, not settle into the righteous rut of certitude. Let’s go for a ride.