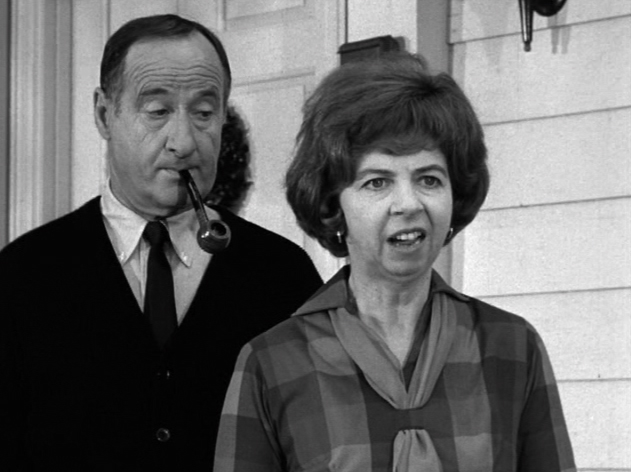 14th Sunday of Ordinary Time (B)

Gladys: Oh look who’s preaching today, Abner. It’s Jesus, back from his semester abroad, and he’s brought some of his friends again.

Abner: He’s probably going to show us all how something good can come out of Nazareth.

Gladys: Oh come on, he’s alright, and besides, what are you talking about? It’s not like he doesn’t have something to say. Haven’t you heard what he’s been doing?

Abner: No, Gladys. But I’m sure you will tell me.

Gladys: It’s impressive, and he has quite the following. Although, remember the last time when that crowd followed him here? His mother and brothers thought he had lost his mind. She worries. Who wouldn’t? Him, out and about all the time with those people. Still, he’s a good boy and a great preacher; some even say he’s a prophet. And, don’t forget all the people he has helped…those with unclean spirits, the sick and diseased, lepers, paralytics, even a man with a withered hand! Why, just last week…

Gladys: Shhhh, he’s talking! I’ll tell you in a minute! Did you just hear what he just said? Seriously? How could Jesus have such wisdom?

Gladys: Okay, so apparently there was this woman, ostracized for twelve years, with the bleeding. She could barely leave her house! But when she found out Jesus was passing through her town she managed to work her way into the crowd and got close enough to touch his tunic! And she was healed! She thought he was upset with her for touching him, but he was not. He said her faith healed her, imagine that! Now she’s just going about her business like it’s, well, nobody’s business! Ha!

Gladys: And that’s not all, Abner. On the same day Jesus raised a little twelve-year old girl from the dead.

Gladys: Abner, believe me. Say,…do you think the number twelve means something?

Abner : Nah, probably just a coincidence. But Gladys, something’s fishy here. Where would someone like Jesus get the powers to do such mighty acts? He’s just a kid from the neighborhood. No different from our kids.

Gladys: Yeah, now that you mention it. Why Jesus? What makes him so special? Didn’t all the boys go to the same Hebrew school? I’ll bet Mary got him a tutor. Who does he think he is? He’s just a manual laborer, a carpenter, isn’t that right? And his family, well, er…I don’t want to be unkind, but you know what they say about his birth. Let’s just say she’s ordinary, to be nice.

Abner: Yes, no different from us! Huh? Wait. What? Gladys, Stop poking me!

Gladys: Abner! Did he just call himself a prophet?

Gladys: You know what? I’m done listening to this. I know what everyone says he has done, and that he’s so special, but I’m not buying it. Who can believe this? Plus his message is over the top.

Gladys: See? Now he can’t do anything. Wasn’t I right? I’m going home.

The rejection of Jesus progresses from members of his family, who thought he was out of his mind [MK 3:21, 31-5], to his townsfolk, whose initial amazement was quickly replaced with skepticism and culminates with being rejected by members of his Synagogue [MK 6:1-6]. (It’s worth noting that after this incident in Mark’s gospel Jesus is not found teaching in the Synagogue again.) In response to the skepticism shown by his old neighbors, Jesus comments, “Prophets are not without honor, except in their hometown, and among their own kin, and in their own house.”

Jesus’ former neighbors thought they knew all they needed to know about him, and they didn’t like what they heard.

Maybe they felt defensive, even slightly insulted that Jesus had moved on while they remained trapped in Nazareth. Perhaps the idea of giving up a “normal” life for one of service to others was as suspect then as it is today. It’s conceivable that their offense came when Jesus’ radical practice of the greatest commandment, to love God and neighbor, exposed their own prejudices. And maybe they were offended by the evidence of Jesus’ power and wisdom, both seen as divine gifts.

Jesus’ amazement at the community’s lack of faith paralleled their taking offense at his message. Their unbelief not only closed them to receiving Jesus’ message, it prevented Jesus’ from fully expressing it. Although he was shocked, he was not deterred. He knew it was pointless to try to move people who refused to hear, so he took the message elsewhere to a more receptive audience. And this is excellent news for every one of us.

5 thoughts on “And he was amazed at their unbelief”